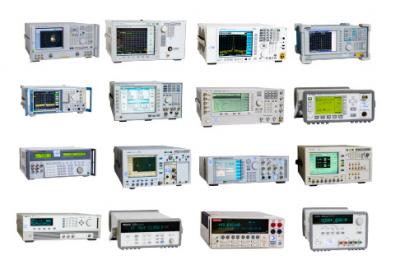 The Kikusui PLZ-164W is a Multifunctional DC Electronic Load designed to provide the highest level of safety and reliability. This model can be operated in various modes, including: constant resistance, constant current, constant voltage, and constant power mode. The Kikusui PLZ-164W is suitable for the testing of SW Power Supplies, Fuel Cells, DC/DC Converters, and other low voltage devices. Capable of offering 132A at 0V input, this electronic load has the most significant input rating when compared to similar models. In addition, this model comes featured with a high-speed slew rate. On switching it can also be used as a simulating load for performance, life, cycle, aging, and characteristic testing.

This model offers a swift rise/fall time reaction. Thus, it can also be utilized for transient response testing for a simulation waveform’s precise duplication as a dummy load. The Kikusui PLZ-164W comes equipped with three communication interfaces which include GPIB, RS232C, and USB. Therefore, the user can have this load incorporated into a broad range of inspection and test systems. This product is known for its higher precision for current settings. It offers as low as 0.01 mA resolution at low current settings, with the help of a 3-range configuration.

The 0 V input type feature of this electronic load makes it an ideal choice for fuel cell`s single cell testing. This model employs a large LCD where measured values of power, current, and voltage at the load input terminal are relayed continuously. To improve the visibility, these parameters are indicated prominently in larger characters. The Kikusui PLZ-164W has a simple yet very effective control panel. For coarse and fine adjustments, a rotary knob is provided as well.